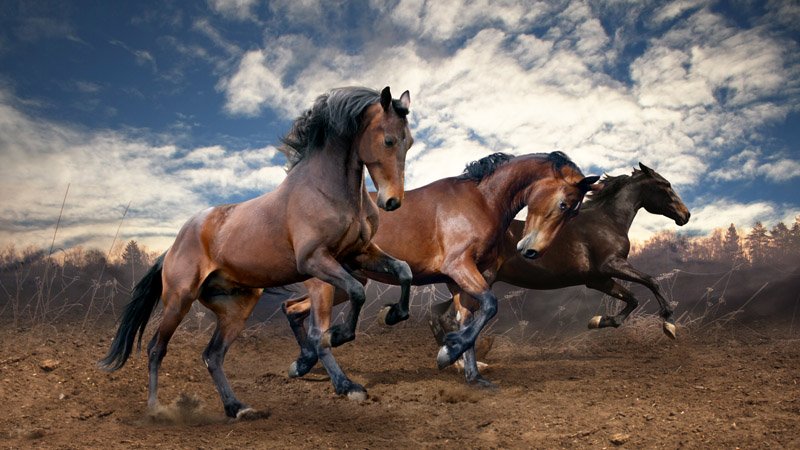 There’s a story about a Russian farmer and his family. One day one of his sons forgot to lock the gate of the corral and his horse broke out and ran away. The neighbors said, ‘oh, what a shame that your only horse ran away. You must feel very bad.’ The farmer said, maybe good, maybe bad.

The next day the horse came back leading a bunch of wild horses back to his farm and right into the coralle. The neighbors said, ‘oh you are such a lucky man to have such a thing happen’. The farmer said, ‘maybe good, maybe bad. Time will tell’.

His son had to tame the horses one at a time so that people could ride them and make them useful. As the day went on, one of the horses threw the son off and the son broke his leg. The neighbors said, ‘oh what a shame that your son broke his leg. You must feel bad.’ The farmer said, ‘maybe good maybe bad. We’ll see.’

The next day, the Czar’s soldiers were rounding up young men to fight in the war. However, since the son had a broken leg, he couldn’t go. The neighbors said, ‘Oh you must be so happy that your son was spared.’

The farmer said, ‘yes I am’, though he knew that anything could happen and that he had to ‘hang loose’ and take life as it came.

The point of this story is to say that we don’t know when in the face of apparent adversity there’s a blessing in disguise. What may appear ‘bad’ such as losing a job, may ultimately be a good thing. But if you don’t at least keep an open mind about it, and preferably a positive outlook on it, looking for the opportunity within the event, then we may be missing out on an opportunity to change our lives for the better.

Number of items in cart: 0

The ABC’s of Wellness eBook